Out Late with Diana Di Gioia 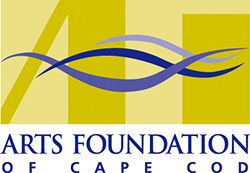 In 2021, Diana received a grant from the

Arts Foundation of Cape Cod to create a series of concerts

with her band, in collaboration with local community groups.

“"Di Gioia showed off her songwriting skills, showmanship and a great voice, while her tight band put out a great sound." ” - -- Brian Tarcy

“"Diana and her band bring youthful energy, exuberant sound and fun storytelling to her original body of songs". ”

"….. playful, engaging, sexy, and sometimes irreverent. She delights audiences ...from Provincetown to her home here on the mid Cape, with her honest, funny and hope-filled songs."

The band features Di Gioia on vocals and rhythm guitar, J Hagenbuckle on lead guitar,  Melody Masi on backing vocals and Melissa Weidman on bass. Together their sound is upbeat, guitar driven, and powered by danceable rhythms, with influences from surf to rockabilly to swing blues.

In 2018 the band released their third CD, "Nevermore", which was well-received and garnered airplay on WCAI's The Point, with Mindy Todd, Ocean 104's The Cheap Seats, with Cat Wilson, and The Old Song's Home, with Bob Weiser, on WOMR.

Bass Player Melissa Weidman of Falmouth joins the band in 2020!

We wish our friend Peter Giordano a happy and well deserved retirement!